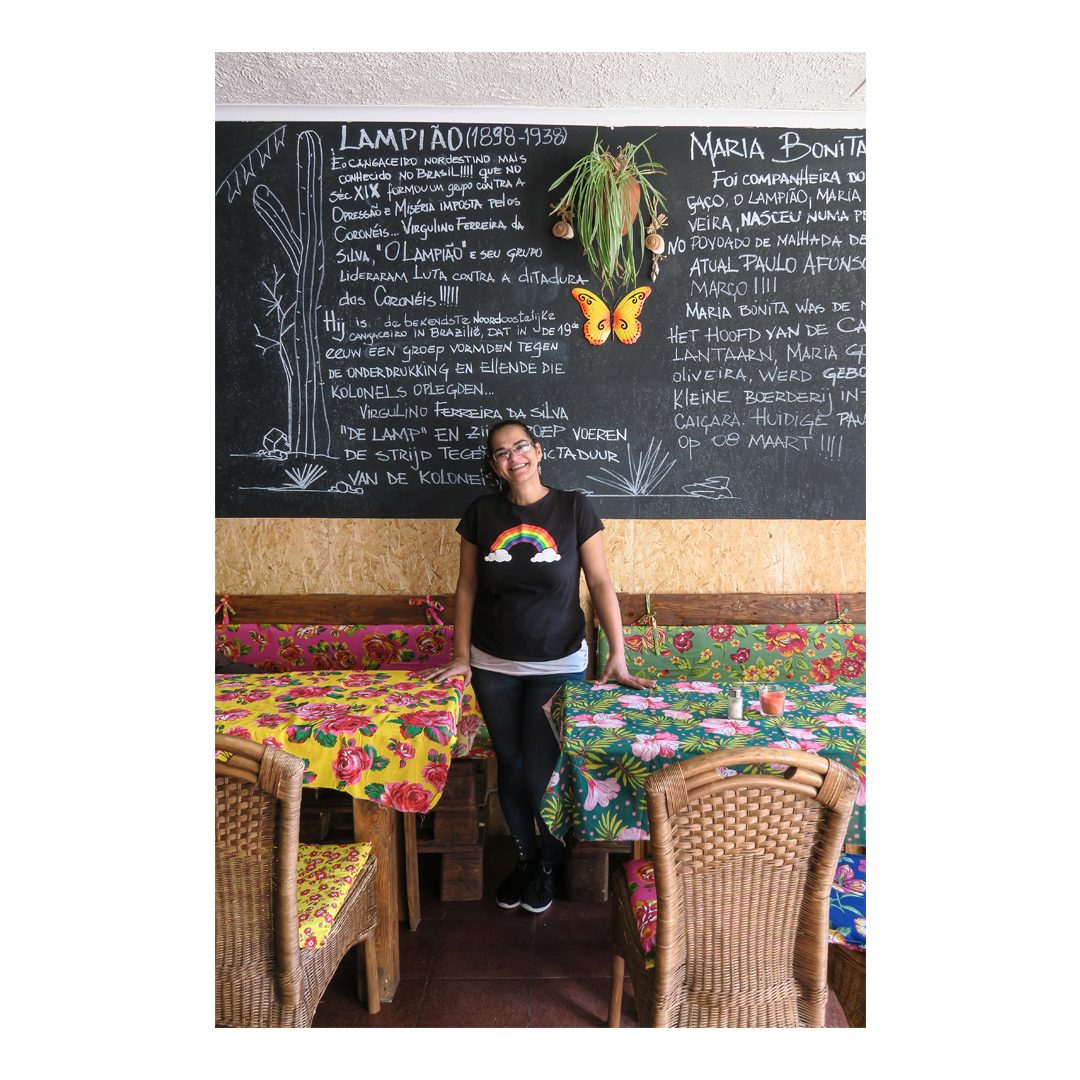 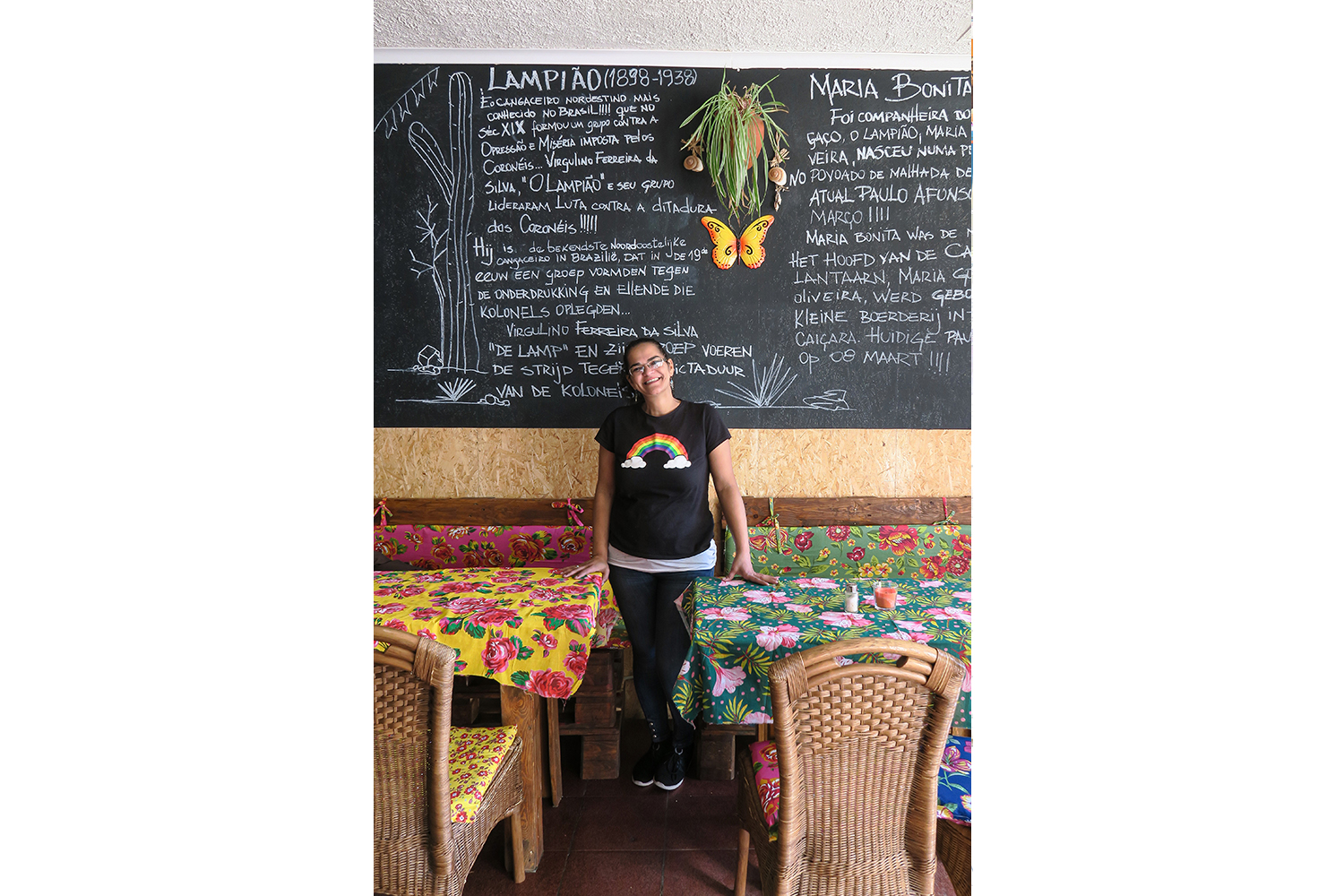 “A large oil slick has washed up on the shore of Recife. My sister just wired money to an aid organization to provide the volunteers, who are cleaning up the oil, with gloves and drinking water. It’s the same organization that committed to the forest fires,” Rozangela says about her city in the northeast of Brazil. “They’re trying to save the sea,” her daughter Gabriela adds. Rozangela came to Belgium 21 years ago at the age of 17. “My mother was married to a Belgian man, so we came here with the whole family. I still have a very large family in Brazil, but I love Belgium. My children are attending a good school and when they’re graduated, they will be able to speak four, five or even six languages. Moreover, I’ve had my own business since a year. It’s called Lampião e Maria Bonita, which refers to a gang leader and his wife from my region of Pernambuco.” Rozangela shows me a wooden statue of the two folk heroes or outlaws, it depends on how you look at them. “We have so many beaches in Pernambuco! On New Year’s Day, I definitely miss the sea though. Usually on that day, we wear white clothes and walk into the water to wash away our past year’s sins. That’s why I always ask a friend here to please bring me two liters of sea water,” she laughs. “Like that I can perform the New Year’s ritual anyway.” 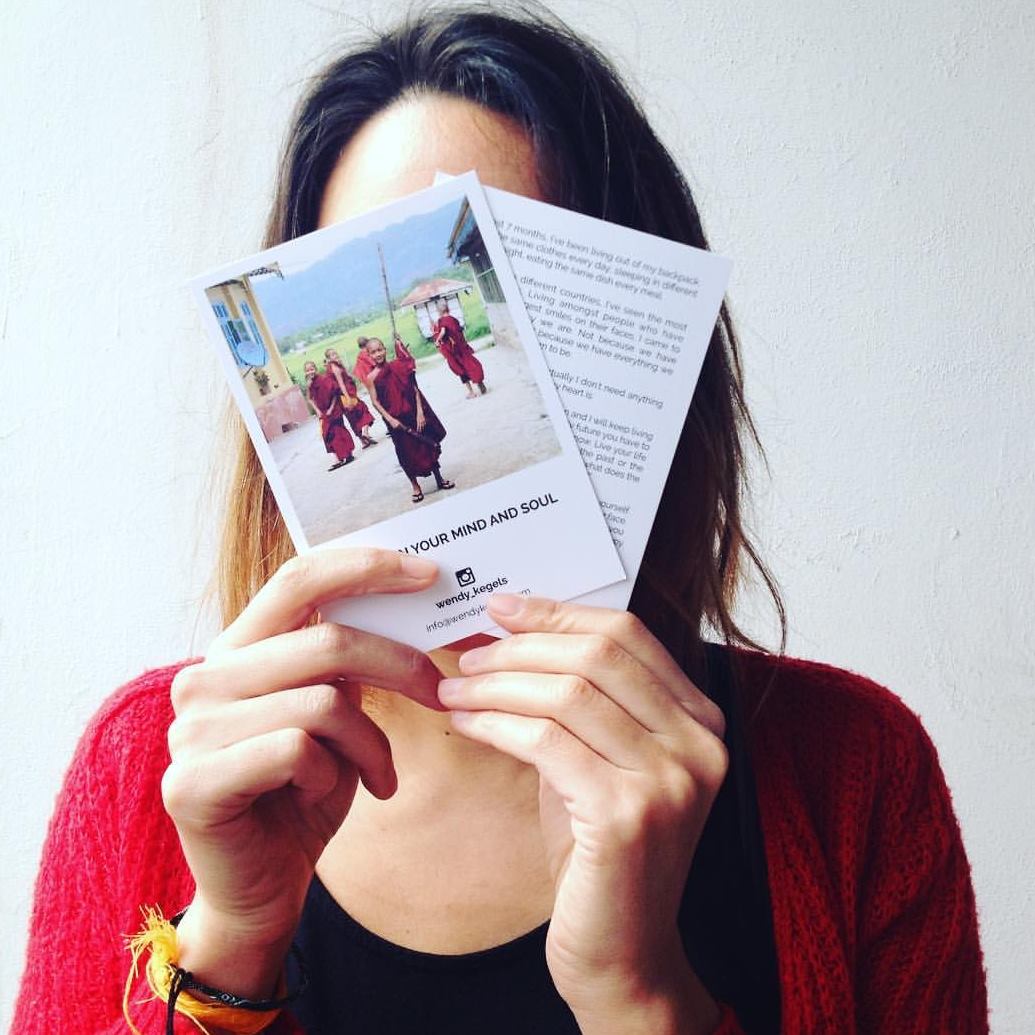